Escape from the rigours of the British winter for a week of music-making in the sub-tropical Canary Islands. We return to Tenerife for our sixth festival, staying at the splendid Hotel Botanico surrounded by lush gardens in Puerto del la Cruz. Mass tourism is confined to an area far away from where we will be staying, and our tour will show you the island’s unspoilt volcanic landscape, well-preserved colonial villages and lush gardens. A visit to the Mount Tiede National Park is one of the highlights of a fascinating week.

In addition to our programme of concerts at the Hotel Botanico there will be a number of included excursions taking in the best of the island’s unspoilt north coast. We will visit the Sitio Litro Orchid Garden in Puerto de la Cruz, with its wonderful collection of more than three hundred varieties, followed by a visit to All Saints’ Church which has been serving the British community for more than a hundred years, where Christopher Monckton will give an organ recital. A visit to Mount Teide National Park will show us the island’s volcanic interior, and we will take a cable car to the summit at 3,718m from which there are breathtaking views of the island. We will also drive along the spectacular north coast route to Maca, a tiny village clinging to a steep ravine, and to Garachico with its 17th-century Franciscan convent. There will also be some free time to make visits on your own: La Oratava is a picturesque small town nearby and Tenerife’s Botanical Garden is located opposite the hotel.

...when you travel with Kirker

Full details can be found on the Kirker Holidays website. 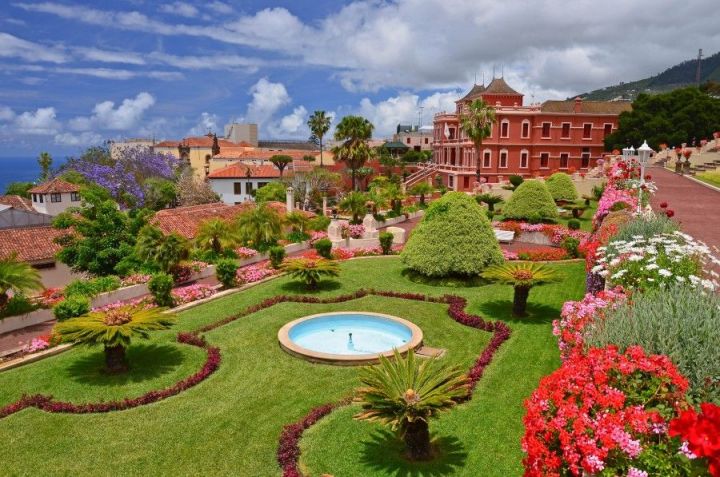