Robin Ashwell is well known as the viola player of the Sacconi Quartet, one of the UK’s finest string quartets.  With the Quartet, he made his Wigmore Hall debut in 2004, and since then has performed at all of London’s major venues, broadcast regularly on BBC Radio 3 and appeared on numerous CDs.

Robin has made many recordings, including five CDs on the Sacconi Records label and three world-premiere CDs of works by Dove, Fitkin and McCabe for Signum Records.  He has performed concertos by Walton, Berlioz, Mozart and Elis Pehkonen, and collaborated with Roger Chase, Garfield Jackson, Yukiko Ogura, Douglas Paterson and Andriy Viytovych in a concert of viola-ensemble music entitled Viola Invasion.  More recently he has performed John Woolrich’s haunting Ulysses Awakes for viola and strings.

Robin’s formative years of study were at the Kent Centre for Young Instrumentalists, where his teacher was Marguerite Wilkinson.  After school he studied for six years at the Royal College of Music, first with Ian Jewel and then with Andriy Viytovych as an Associated Board scholar.  Whilst at the College, he was awarded all the major viola prizes including the Cecil Aronowitz Prize, and the Tagore Gold Medal, the College’s highest prize in recognition of achievements and contribution to College life.  He also studied baroque and classical viola there with Jan Schlapp, Catherine Mackintosh and Annette Isserlis.

Robin combines his work in the Sacconi Quartet with a love for and dedication to teaching.  He is Head of Strings at Westminster School, teaches at Sevenoaks School and privately, and coaches chamber music at the Royal College of Music.  He is indebted to Ellen Solomon, whose beautiful Sacconi viola of 1934 he is privileged to play, and Simon Rowland-Jones, whose guidance over the last few years has been invaluable. 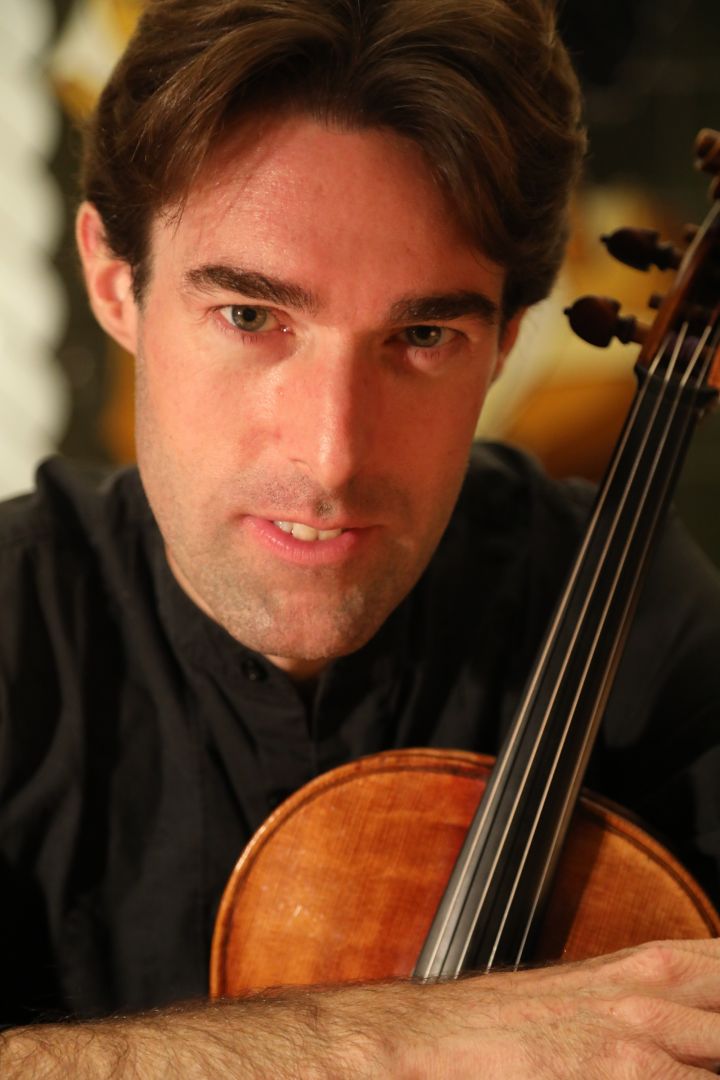